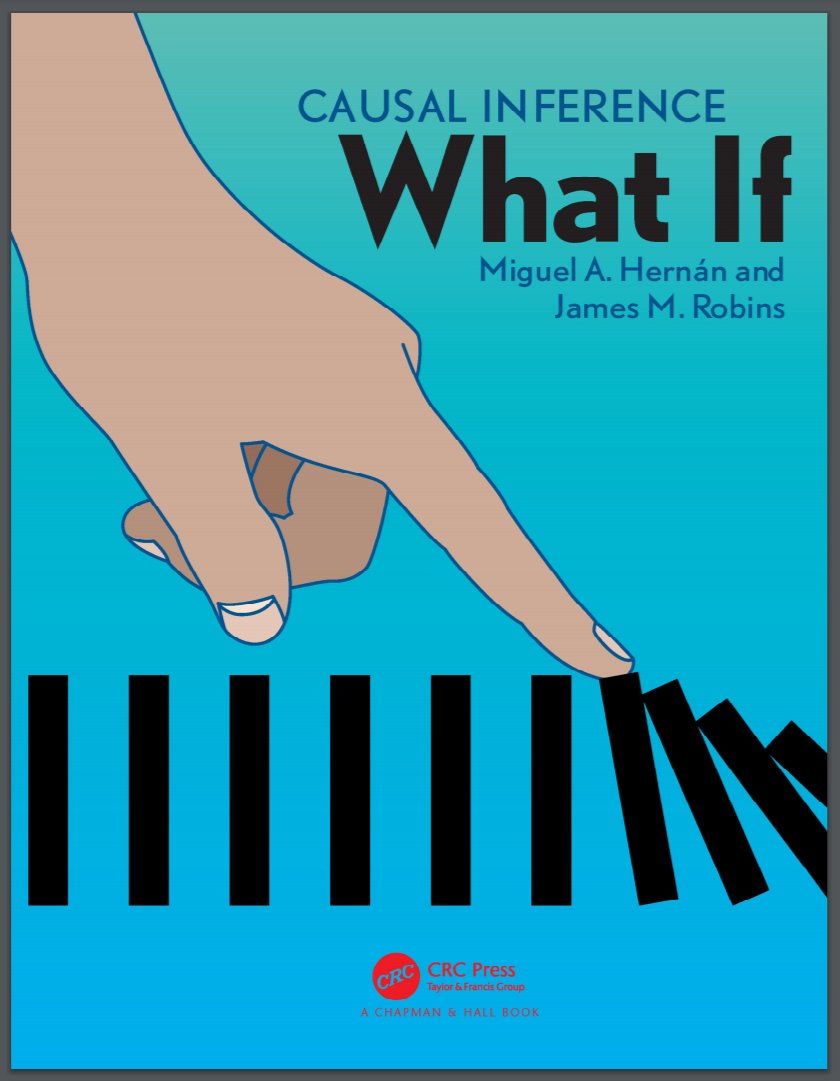 Suppose you conducted an observational study to identify the effect of heart transplant A on death Y and that you assumed no unmeasured confounding given disease severity L. A critic of your study says “the inferences from this observational study may be incorrect because of potential confounding.” The critic is not making a scientific statement, but a logical one. Since the findings from any observational study may be confounded, it is obviously true that those of your study can be confounded. If the critic’s intent was to provide evidence about the shortcomings of your particular study, he failed. His criticism is noninformative because he simply restated a characteristic of observational research that you and the critic already knew before the study was conducted.

To appropriately criticize your study, the critic needs to engage in a truly scientific conversation. For example, the critic may cite experimental or observational findings that contradict your findings, or he can say something along the lines of “the inferences from this observational study may be incorrect because of potential confounding due to cigarette smoking, a common cause through which a backdoor path may remain open”. This latter option provides you with a testable challenge to your assumption of no unmeasured confounding. The burden of the proof is again yours.

To be ‘analytical’ and ‘logical’ is something most people find recommendable. These words have a positive connotation. Scientists think deeper than most other people because they use ‘logical’ and ‘analytical’ methods. In dictionaries, logic is often defined as “reasoning conducted or assessed according to strict principles of validity” and ‘analysis’ as having to do with “breaking something down.”

But that’s not the whole picture. As used in science, analysis usually means something more specific. It means to separate a problem into its constituent elements so to reduce complex — and often complicated — wholes into smaller (simpler) and more manageable parts. You take the whole and break it down (decompose) into its separate parts. Looking at the parts separately one at a time you are supposed to gain a better understanding of how these parts operate and work. Built on that more or less ‘atomistic’ knowledge you are then supposed to be able to predict and explain the behaviour of the complex and complicated whole.

In economics, that means you take the economic system and divide it into its separate parts, analyse these parts one at a time, and then after analysing the parts separately, you put the pieces together.

The ‘analytical’ approach is typically used in economic modelling, where you start with a simple model with few isolated and idealized variables. By ‘successive approximations,’ you then add more and more variables and finally get a ‘true’ model of the whole.

This may sound like a convincing and good scientific approach.

But there is a snag!

The procedure only really works when you have a machine-like whole/system/economy where the parts appear in fixed and stable configurations. And if there is anything we know about reality, it is that it is not a machine! The world we live in is not a ‘closed’ system. On the contrary. It is an essentially ‘open’ system. Things are uncertain, relational, interdependent, complex, and ever-changing.

Without assuming that the underlying structure of the economy that you try to analyze remains stable/invariant/constant, there is no chance the equations of the model remain constant. That’s the very rationale why economists use (often only implicitly) the assumption of ceteris paribus. But — nota bene — this can only be a hypothesis. You have to argue the case. If you cannot supply any sustainable justifications or warrants for the adequacy of making that assumption, then the whole analytical economic project becomes pointless non-informative nonsense. Not only have we to assume that we can shield off variables from each other analytically (external closure). We also have to assume that each and every variable themselves are amenable to be understood as stable and regularity producing machines (internal closure). Which, of course, we know is as a rule not possible. Some things, relations, and structures are not analytically graspable. Trying to analyse parenthood, marriage, employment, etc, piece by piece doesn’t make sense. To be a chieftain, a capital-owner, or a slave is not an individual property of an individual. It can come about only when individuals are integral parts of certain social structures and positions. Social relations and contexts cannot be reduced to individual phenomena. A cheque presupposes a banking system and being a tribe-member presupposes a tribe.  Not taking account of this in their ‘analytical’ approach, economic ‘analysis’ becomes uninformative nonsense.

Using ‘logical’ and ‘analytical’ methods in social sciences means that economists succumb to the fallacy of composition — the belief that the whole is nothing but the sum of its parts.  In society and in the economy this is arguably not the case. An adequate analysis of society and economy a fortiori cannot proceed by just adding up the acts and decisions of individuals. The whole is more than a sum of parts.

Mainstream economics is built on using the ‘analytical’ method. The models built with this method presuppose that social reality is ‘closed.’ Since social reality is known to be fundamentally ‘open,’ it is difficult to see how models of that kind can explain anything about what happens in such a universe. Postulating closed conditions to make models operational and then impute these closed conditions to society’s real structure is an unwarranted procedure that does not take necessary ontological considerations seriously.

In face of the kind of methodological individualism and rational choice theory that dominate mainstream economics we have to admit that even if knowing the aspirations and intentions of individuals are necessary prerequisites for giving explanations of social events, they are far from sufficient. Even the most elementary ‘rational’ actions in society presuppose the existence of social forms that it is not possible to reduce to the intentions of individuals. Here, the ‘analytical’ method fails again.

Since at least the marginal revolution in economics in the 1870s it has been an essential feature of economics to ‘analytically’ treat individuals as essentially independent and separate entities of action and decision. But, really, in such a complex, organic and evolutionary system as an economy, that kind of independence is a deeply unrealistic assumption to make. To simply assume that there is strict independence between the variables we try to analyze doesn’t help us the least if that hypothesis turns out to be unwarranted.

To be able to apply the ‘analytical’ approach, economists have to basically assume that the universe consists of ‘atoms’ that exercise their own separate and invariable effects in such a way that the whole consist of nothing but an addition of these separate atoms and their changes. These simplistic assumptions of isolation, atomicity, and additivity are, however, at odds with reality. In real-world settings, we know that the ever-changing contexts make it futile to search for knowledge by making such reductionist assumptions. Real-world individuals are not reducible to contentless atoms and so not susceptible to atomistic analysis. The world is not reducible to a set of atomistic ‘individuals’ and ‘states.’ How variable X works and influence real-world economies in situation A cannot simply be assumed to be understood or explained by looking at how X works in situation B. Knowledge of X probably does not tell us much if we do not take into consideration how it depends on Y and Z. It can never be legitimate just to assume that the world is ‘atomistic.’ Assuming real-world additivity cannot be the right thing to do if the things we have around us rather than being ‘atoms’ are ‘organic’ entities.

If we want to develop new and better economics we have to give up on the single-minded insistence on using a deductivist straitjacket methodology and the ‘analytical’ method. To focus scientific endeavours on proving things in models is a gross misapprehension of the purpose of economic theory. Deductivist models and ‘analytical’ methods disconnected from reality are not relevant to predict, explain or understand real-world economies

To have ‘consistent’ models and ‘valid’ evidence is not enough. What economics needs are real-world relevant models and sound evidence. Aiming only for ‘consistency’ and ‘validity’ is setting the economics aspirations level too low for developing a realist and relevant science.

Economics is not mathematics or logic. It’s about society. The real world.

Models may help us think through problems. But we should never forget that the formalism we use in our models is not self-evidently transportable to a largely unknown and uncertain reality. The tragedy with mainstream economic theory is that it thinks that the logic and mathematics used are sufficient for dealing with our real-world problems. They are not! Model deductions based on questionable assumptions can never be anything but pure exercises in hypothetical reasoning.

The world in which we live is inherently uncertain and quantifiable probabilities are the exception rather than the rule. To every statement about it is attached a ‘weight of argument’ that makes it impossible to reduce our beliefs and expectations to a one-dimensional stochastic probability distribution. If “God does not play dice” as Einstein maintained, I would add “nor do people.” The world as we know it has limited scope for certainty and perfect knowledge. Its intrinsic and almost unlimited complexity and the interrelatedness of its organic parts prevent the possibility of treating it as constituted by ‘legal atoms’ with discretely distinct, separable and stable causal relations. Our knowledge accordingly has to be of a rather fallible kind.

If the real world is fuzzy, vague and indeterminate, then why should our models build upon a desire to describe it as precise and predictable? Even if there always has to be a trade-off between theory-internal validity and external validity, we have to ask ourselves if our models are relevant.

‘Human logic’ has to supplant the classical — formal — logic of deductivism if we want to have anything of interest to say of the real world we inhabit. Logic is a marvellous tool in mathematics and axiomatic-deductivist systems, but a poor guide for action in real-world systems, in which concepts and entities are without clear boundaries and continually interact and overlap. In this world, I would say we are better served with a methodology that takes into account that the more we know, the more we know we do not know.

Mathematics and logic cannot establish the truth value of facts. Never has. Never will.